This web site has been developed to introduce you to the SPARX CORNET MOUTHPIECE. 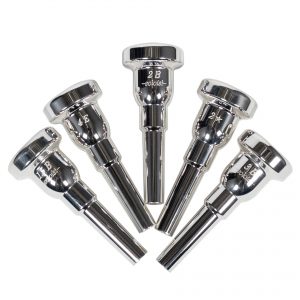 Ted Sparks is a Brasswind Musical Instrument Technician based in Toronto, Ontario, Canada. Before developing the Sparx Cornet Mouthpiece, Ted played in the “Canadian Staff Band” for fourteen years. After an eleven year stint on the solo cornet bench, he spent his final three years as the band’s soprano cornetist. Today Ted performs with Toronto’s Hannaford Street Silver Band and a wide variety of ensembles as a trumpet player and cornetist. Ted’s knowledge of Brass Instruments and interest in Brass Bands has been the driving force behind this joint project.

''It is the best cornet mouthpiece I have ever tried. It's got great balance - lay back on it and it gives you that nice traditional British cornet sound.''
Jim Wilt
Associate Principal Trumpet
Los Angeles Philharmonic

We are proud of the testimonials we receive from our many illustrious Sparx Players, among whom are found world class soloists, elite orchestral musicians, and brass band superstars.

Hear it for yourself! Listen to samples played on our mouthpieces in the Sound Room.

For more information on the SPARX Cornet Mouthpiece, please visit our Products page.

''I'm getting a
Big fat tone
on your mouthpiece.''
Will Scarlett, trumpet
Formerly Chicago Symphony Orchestra